If you thought that Normandy was all about cider and calvados, then think again! Following the national trend for craft beer, the region has seen several new brands launch in recent years, the most emblematic of which being La MIN (Made In Normandy). With its retro look and its logo representing the Mont-Saint-Michel, it has a real Norman feel to it and is starting to trend in Parisian bars and hip grocery stores.

The story began just two years ago, when childhood friends Julien, Alexandre, Jocelyn and Cédric decided to create a beer that honoured their roots. The bunch grew up in Yvetot, at the heart of the Pays de Caux, a town they still call home despite living and working in Paris now. Whilst travelling around Europe during their studies, they noticed that they were always offered local craft beers in the bars and pubs they visited – something they didn’t encounter much at home. Back in France, they contemplated collaborating on their own ale, and after several months of planning, paperwork and development, La MIN was born.

What took the boys the most time was trying to get the taste just right. They managed to give the beer a very distinct and individual character, with a clear amber-golden colour and earthy, musty aromas complete with hints of citrus and honey. It comes with an ABV of 6.5% and is neither filtered nor pasteurised. La MIN is currently brewed at the Brasserie De Sutter in Gisors, a small town in the Eure region, but the four friends have big plans for the future. They are planning on buying a spacious farmhouse near Yvetot, in which their own brewery will be built. They will then be able to control the entire production chain, increase volumes and expand business activities.

La MIN is already served from the tap in several Parisian bars and is of course available in numerous cafés, pubs, clubs and grocery stores across Normandy, as well as in Intermarché supermarkets. A great place to get your hands on the brew is at the Fête du Ventre, one of Normandy’s main food festivals, held every October in Rouen. The boys run a stand there each year and serve thirsty customers hundreds of litres of their beer.

After satisfying the French taste buds, Julien, Alexandre, Jocelyn and Cédric are now hoping to introduce their unique Norman ale to the UK, where demand for new craft beers is high. Keep an eye out for the bottle on the shelves at your local! 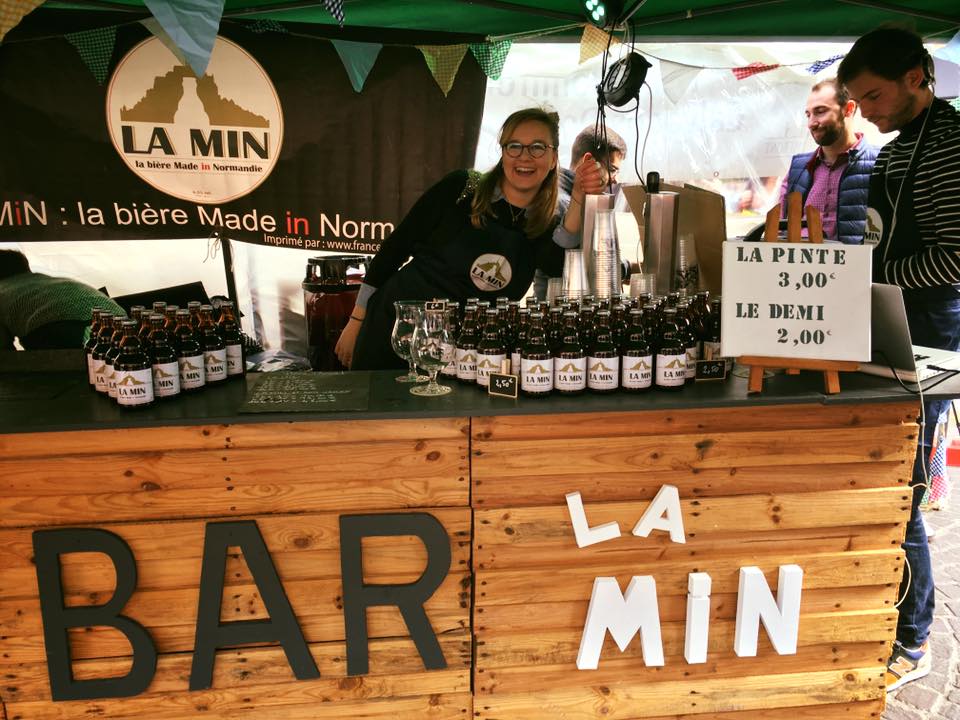 For information on food and drink in Normandy, visit the Normandy Tourist Board website.