With almost 640km of coastline stretching from the Bay of the Mont-Saint-Michel in the west to Le Tréport in the east, Normandy is a piscatorial paradise for people like me who always head straight to the poisson and fruits de mer section of a menu. So as I sit and contemplate my steaming pot of marmite dieppoise, I can’t wait to tuck in.  A glorious mix of fishy aromas waft up from the crème sauce that covers the mix of monkfish and turbot, scallops and mussels, all crowned with a plump pink langoustine. Fishy heaven or what?

I’m sampling Dieppe’s signature fish dish at a cosy restaurant of the same name, a short walk from the pretty harbour. There’s a wide choice of other fresh fish and seafood on offer here too, but when in Rome! It’s quite simply sublime too, the flavours surprisingly distinctive for such a delicate dish.

Work, leisure and gastronomy in Normandy have long been influenced by the sea, and just along the Seine-Maritime coast at Fécamp, I find out more at the excellent museum of Les Pêcheries. In the 19th century, Fécamp was one of France’s major cod fishing ports, the last trawler setting sail in 1987. Start on the museum’s panoramic roof terrace and work your way down through this former fish processing plant to discover the skill, endurance and tenacity of the fishermen who left these shores for the waters off Newfoundland. 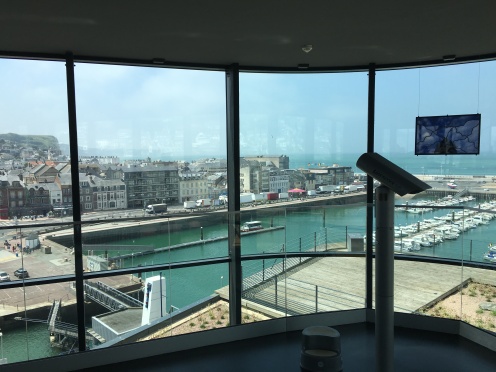 Whichever fish you like on your plate, Normandy can deliver; from sole, mackerel and turbot, to scallops, shrimps, and langoustines. Can’t resist an oyster? They’re farmed in Calvados in Isigny and Asnelles on the Côte de Nacre. Really want one at 3am? You can now buy fresh Asnelles oysters from vending machines installed at Asnelles, Caen, Bayeux, Tourville-sur-Mer and Lisieux by shellfish producer La Calvadosienne.

In Colleville-Montgomery, close to Caen and Ouistreham, oyster aficionados can enjoy a platter fresh from the sea at the Cabane du Vivier oyster bar on the promenade. And not just oysters. Sit down at a table to choose from crabs, lobster, mussels, langoustines and much more. Self-catering? A specialist grocery counter has everything you need to accompany your home-cooked feast.

If you’re not sure how to cook your favourite fish, ask a stallholder at one of the region’s bustling fish markets, such as that in Courseulles-sur-Mer near Ouistreham. Here, you can watch the fishing fleet return to harbour each morning, then browse the stalls laden with today’s gleaming catch along the quai des Alliés.

The French love an excuse for a festival, especially if it involves some kind of local produce, and Normandy has several that celebrate the harvest from the sea. Head to Honfleur in late May for La Fête des Marins to watch boats being blessed in honour of the town’s seafaring traditions, an event that is mirrored in Port-en-Bessin in mid-August.

Late July is Mackerel Festival time in Trouville-sur-Mer, whilst Honfleur showcases its ‘petites grises’ shrimps in late September. Normandy is France’s premier scallop fishing area and Port-en-Bessin and five other ports on the Calvados coast celebrate the industry with festivals between October and December. Expect demonstrations, tastings and atmosphere by the bucket-load. Don’t know your herrings? Try them grilled, smoked and marinaded at the Fête du Hareng in Fécamp in late November. 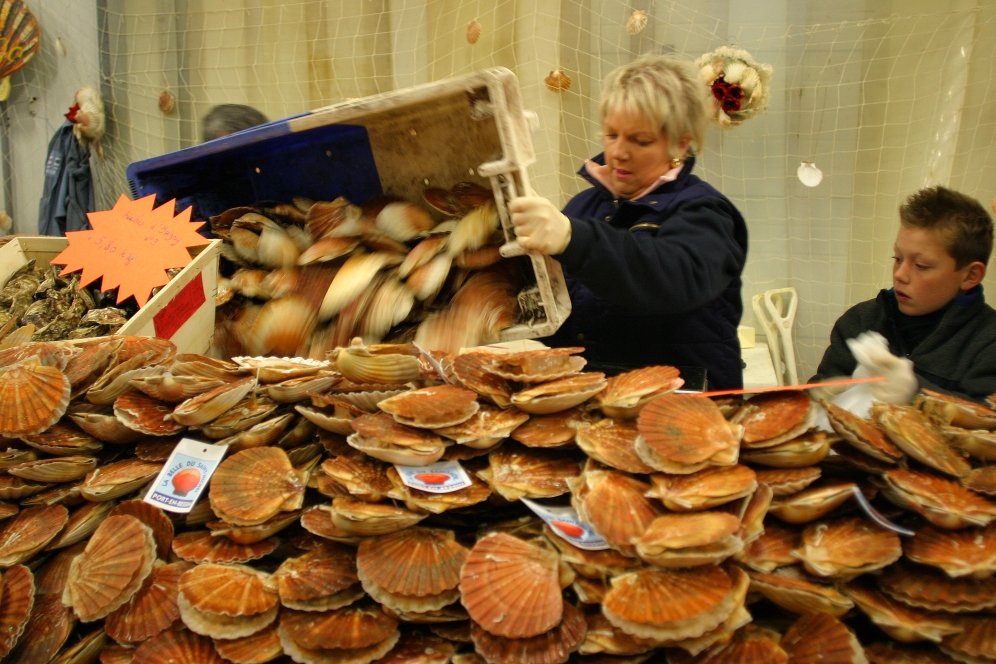 Wherever you stop on the Normandy coast, you’ll find there’s something fishy going on – every day of the year.

For information on food and drink in Normandy, visit the Normandy Tourism website.