When Stéphanie won a week’s holiday in the Manche département of Normandy in 2004, she didn’t much like the countryside and the only exercise she got was during her commute through the Paris Métro. Today, her life as a shepherdess of the famous salt-marsh lambs in the Bay of Mont-Saint-Michel is a far cry from her former life as a graphic designer in Paris. 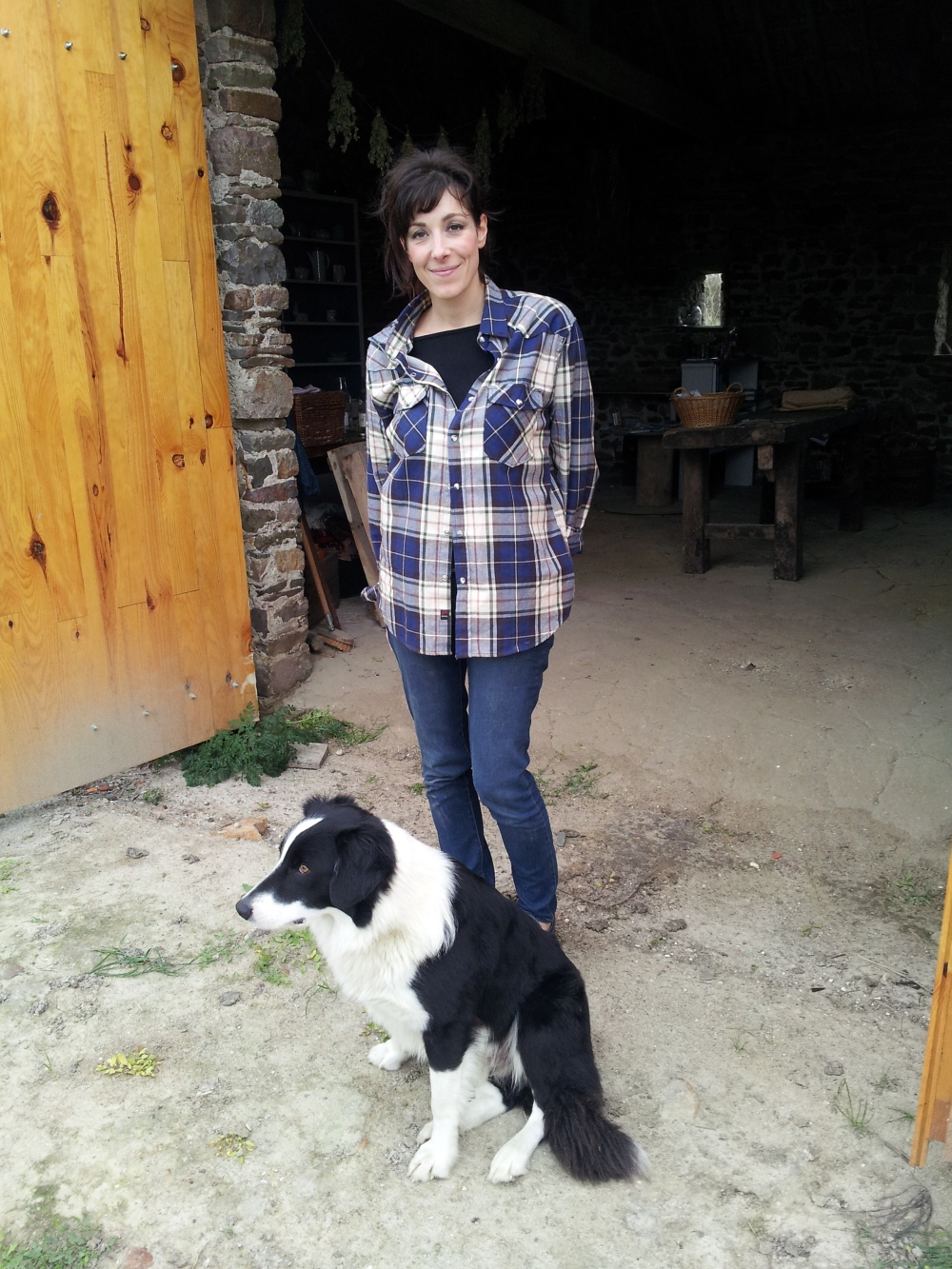 When she first came to this area of the Manche during that fateful holiday in 2004, Stéphanie was struck at the unique landscape here  – she was surprised at how beautiful it was. During the week she met a local shepherd who told her about his work and the very traditional and pure approach to raising sheep.

Over the next couple of years, Stéphanie would return to this area at every opportunity until finally it seemed only logical to come and live here on a permanent basis. She attended agricultural college to learn the basics and five years on, had a flock of some 180 sheep over two sites just outside the village of Saint-Germain-sur-Ay at the tip of the Bay of Mont-Saint-Michel.

The lamb that is raised on the salt-marshes of the Bay of Mont-Saint-Michel is unique because the animals feed only on the grasses and herbs of the marshland. These herbs are filled with nutrients, vitamin E and iodine from the sea water that regularly floods the land. Raised only on these herbs, the sheep take longer to grow and are strong with long, lean muscles due to all the walking they do in search of the tastiest herbs.

Part of the land where her flock stays is an ecologically protected area of marshland. Here Stéphanie has to regularly move her sheep from one end of the land to the other so that the grass has a chance to grow and attract native birds that are in danger of extinction.

Stéphanie sells her lambs to the butcher when they are about a year old. The result is exceptionally good free range meat that has a very a distinctive taste.

Unlike her life as a designer in Paris, here on the salt marshes, Stéphanie feels a great freedom as a shepherdess. The irony being that her livelihood is completely dependent on her flock and that she can’t leave them even for a night. Missing the social interaction of city life, Stéphanie decided to organise guided walks onto the marshland as a way to meet locals and visitors and explain life as a shepherdess. She was surprised at how many locals have joined her group walks – having never before ventured out onto the salt-marshes for fear that it wasn’t safe, they offer her another view on local life in the Manche.

Embracing her new life and work, Stéphanie has applied her creative side to other aspects of her job. After the sheep’s winter coats are sheared, she dyes the wool and knits colourful wrist warmers and headbands that she sells along with jellies and vinegars that she makes using the herbs from the salt-marshes.

Using the tougher meat that the butchers are not interested in, Stéphanie makes merguez sausages that she sells locally (and eats herself!) She records her life as a shepherdess on a beautifully illustrated blog and on summer evenings, she has been known host parties in her hut, with live music as the tide rolls in across the bay. Sign me up!