Normandy is home not only to delicious cider and calvados, but also to the world-renowned Bénédictine liqueur. The origins and preparation of this tipple are shrouded in mystery, so I headed over to the Palais Bénédictine in Fécamp, Normandy, to see if I could shed any light on the matter.

In spite of its name and grandeur, the Palais Bénédictine is not a palace in the normal sense of the word, nor is it an abbey or a monastery. Instead, this fabulously Gothic-Renaissance self-appointed palace is the distillery where the herbal digestif Bénédictine is produced.

The Palais also operates as a museum showcasing not the production of Benedictine, and a huge part of the building is dedicated to an eclectic collection of artwork. Alexandre Le Grand, the man behind Bénédictine as we know it today, amassed this collection when he struck gold and discovered the recipe for this drink.

Since Le Grand’s time, the Palais has also built up a fascinating collection of original advertisements for Bénédictine as well as a hall of counterfeit Bénédictine bottles. 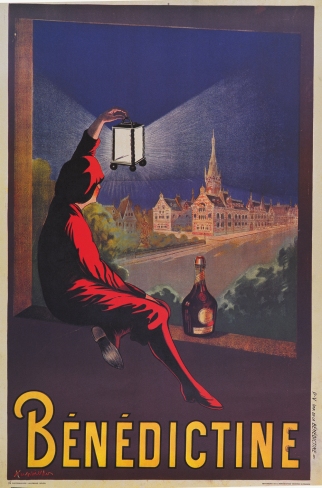 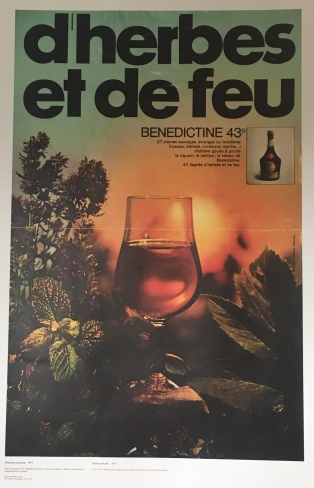 The story of Bénédictine began in 1510 when a Venetian monk, Dom Bernardo Vincelli, came to stay at the abbey in Fécamp. Vincelli brought with him the recipe for an elixir that used 27 herbs and spices available in Venice, the sixteenth-century gateway to the Orient. Thanks to their friendship with the monks of Venice, the abbey in Fécamp continued to make this herbal syrup until the monks were chased out during the French Revolution in 1789.

Alexandre Le Grand’s grandfather had been the accountant of the abbey in Fécamp and the last monk to flee entrusted many of the abbey’s books to him. Nearly a century later, in 1863, Alexandre Le Grand discovered in his family library the book that contained this mysterious recipe.

After hunting down the 27 herbs and after many attempts, Le Grand successfully recreated this liqueur. He called it Bénédictine in memory of the monks. A savvy businessman, Le Grand wasted no time in patenting the name, recipe, bottle and label, began marketing Bénédictine around the world. 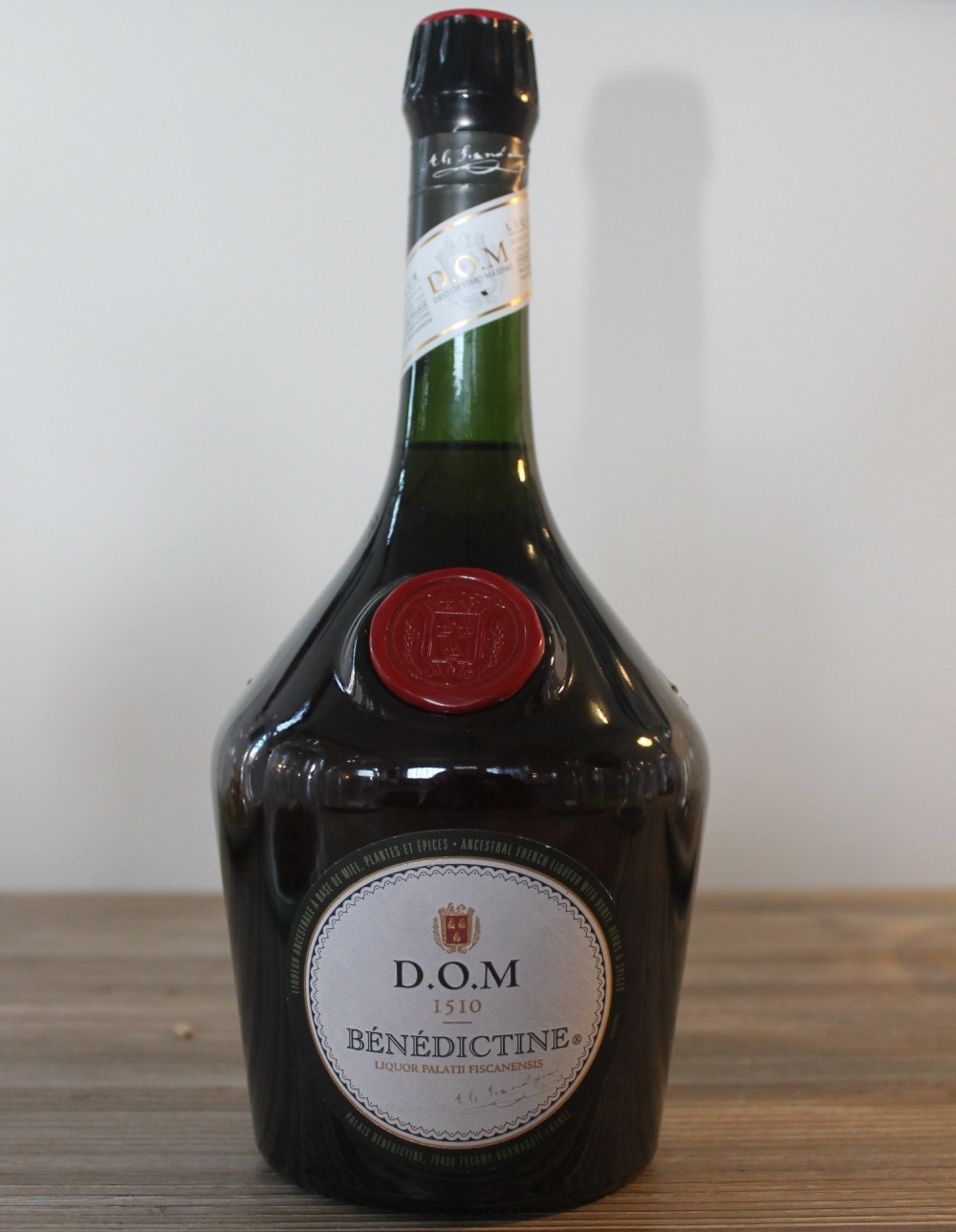 When the profits started rolling in, he started work on the Palais to house the distillery and his growing collection of religious artwork and relics. The original Palais burnt down in 1892, just four years after its inauguration. This only fuelled Le Grand’s ambition to build a bigger and better Palais, completed in 1898. 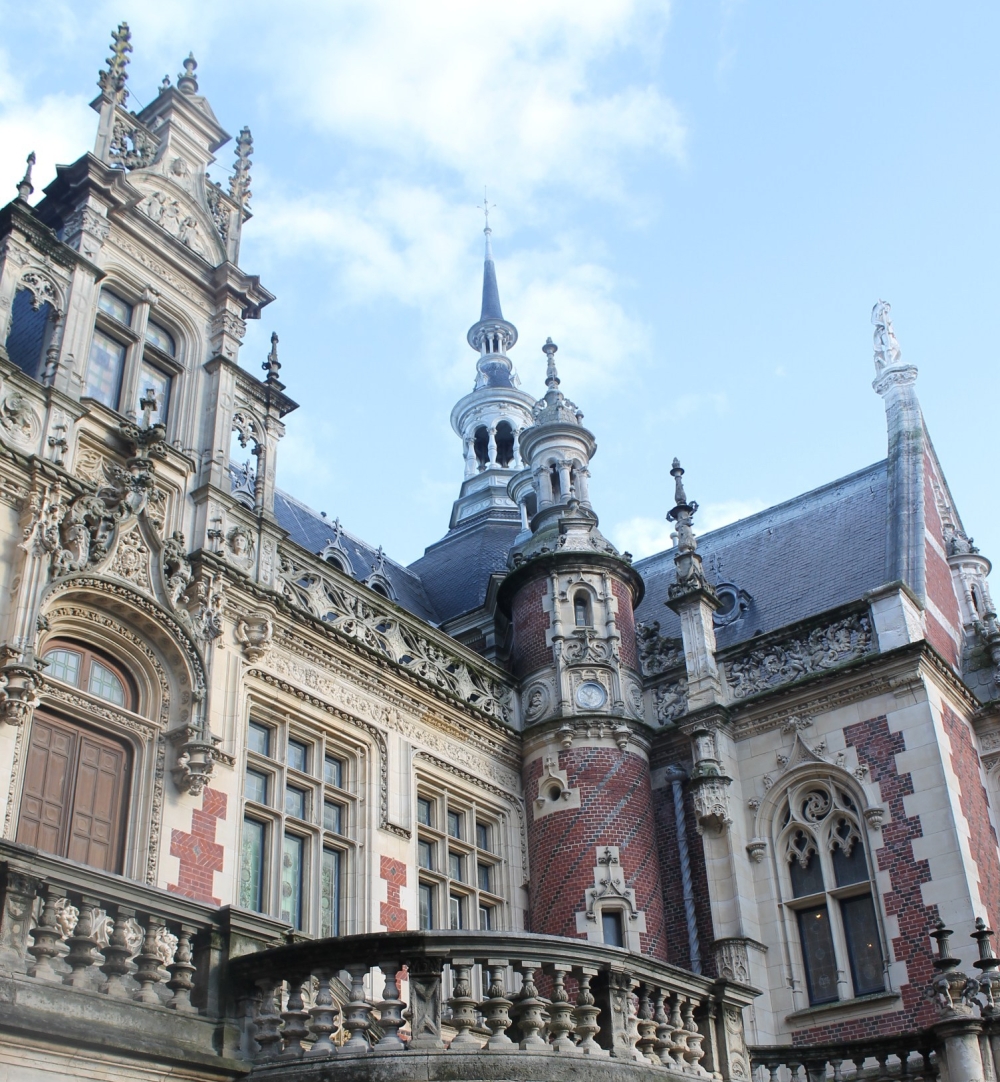 I toured the Palais with the  lovely Julie Leseurre, Operations Manager for the Palais. We started with the religious artworks and beautiful stained glass windows telling the story of Bénédictine.

Next, we headed down into the lower ground floor to discover part of the distillery. Today, three different variations of Bénédictine are produced here and just a handful of people know the recipes and method – Julie names only a few of the 27 herbs used in the original – angelica, hyssop, cloves, cinnamon and arnica.

Next, I am talked through the process: four different herbal preparations are infused for up to fifteen hours and then distilled or double-distilled depending on the ingredients. These four preparations, now known as ésprits, are then mixed together and blended with water, honey, sugar, caramel and an infusion of saffron. This final mixture is double heated before being aged in large oak barrels for four months, filtered and then bottled.

The visit to the distillery takes you through a room with the giant copper stills that date back to Alexandre Le Grand’s time. We passed several alambics and went through one of the twelve cellar rooms where the oak barrels are working their magic for the ageing process. I ask Julie how much Bénédictine is produced each year but for fear of industry spies, she isn’t allowed to reveal trade secrets!

After we leave the distillery, it’s on to the bar, where I sample three different variants of Bénédictine. The original Bénédictine is the sweetest variety, then next is B&B Brandy, devised in 1937 – this is a little dryer but is still the original 40%. Finally, there is the B&B Gold Stamp – it’s much more oaky in flavour after being aged six years longer in smaller, younger casks. Sold only in Fécamp, it’s much more exclusive.

After the tasting, I thank Julie for her time and head for the exit, leaving via the Palais’s impressively stocked shop, where I purchase a bottle of original Bénédictine.

Are you a fan of Bénédictine liqueur? If so, why not try a Bénédictine Sours? Mix lemon and lime juice, a couple of drops of angostura bitters, a drop of syrup to offset the bitterness, then three shots of Bénédictine, a shot of Maker’s Mark bourbon and an optional egg white. Tchin !