Tomorrow would have been the 257th birthday of Marie Harel, the inventor of Camembert, so here at the Normandy Foodie blog, we thought why not publish a post on this lovely lady and her important culinary contribution to the world of cheese?

The most popular story about the creation of Camembert  is that it was developed in 1791 by Marie Harel, the wife of a local farmer. This was at the time of the French Revolution, and it is said that Marie was assisted in her endeavours by a priest hiding out in these parts, who had fled his native area of Brie outside Paris, which by that point was already known for its cheese production. The priest gave Marie a soft-cheese-making method used in Brie which resulted in a crust forming around the cheese, and as the story goes, our Marie went on to make it her own, thus creating what we know to this day as Camembert! During the Second World War, Camembert formed part of the rations given to the French troops, making it a much‑loved national symbol. Normandy Camembert received its protected appellation d’origine contrôlée (AOC) status in 1983.

What a lot of people don’t realise about Camembert is that it is actually named after the place where it was invented. A visit to the village of Camembert provides a wonderful glimpse of authentic, rural Normandy, as the surrounding areas of the Pays d’Auge and the Pays d’Ouche are predominantly agricultural. With traditional farms surrounded by fields and orchards, and the famous bespectacled cows grazing in the nearby fields, it all makes for a picturesque pastoral scene.

I arrived in Camembert one sunny September afternoon and was greeted by the famous road sign – a photo opportunity in itself!

Behind the road sign sits a pretty nineteenth-century building known as the Maison de Camembert, which houses a museum. Here I was to discover the process for making Camembert as well as the cheese’s colourful history, from the time of Marie Harel and the priest to the time her grandson served Camembert to Napoleon Bonaparte, from Louis Pasteur to the First World War. My favourite bits of the museum had to be the moment when you stepped into a room with a large window looking out onto the beautiful Pays d’Auge valley, as well as an exhibition of all of the different artwork used on Camembert boxes over the years, which boasted French household names like Lepetit, Lanquetot, Besnier and Buquet. It’s not hard to see why people would collect cheese labels – no-one does food quite like the French! 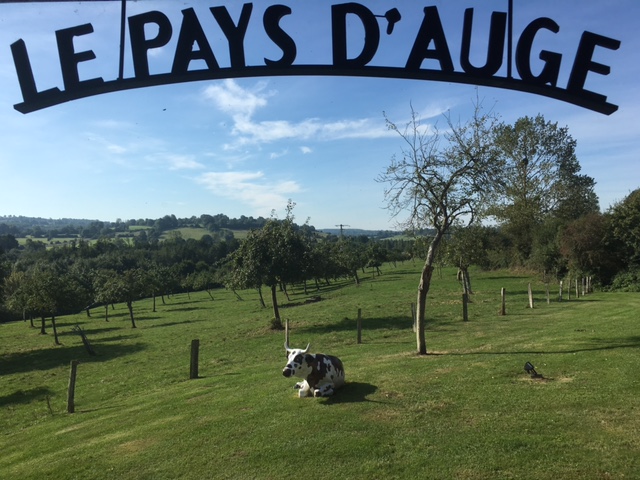 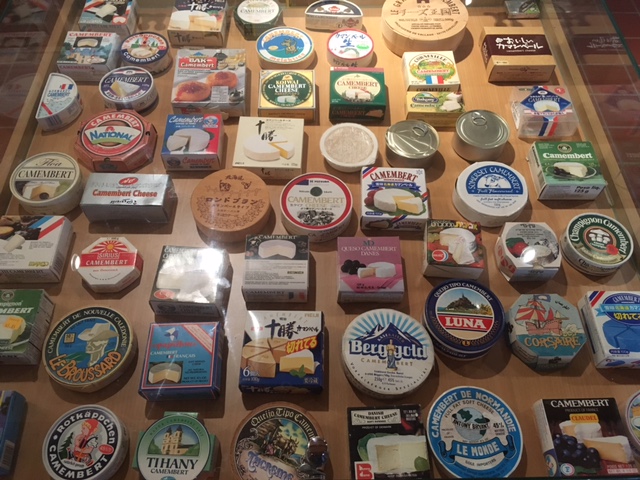 After my visit to the museum, my stomach was beginning to rumble and I was keen to taste the real thing. The museum boasts a fantastic souvenir shop where visitors can buy regional products like Camembert (of course), apple juice and chutneys to take home with them. As I eyed up a rather appealing box of Durand Camembert, produced by the last fromagerie in the village to produce AOC Camembert (my next stop in fact), I was rewarded by the sight of a lady approaching me with a plate with not one, but three types of Camembert! This was all part of the Camembert experience, I was told.

Feeling rather content with my lot, I settled down in the sunshine with my cheese and cup of cold apple juice, and got stuck in, making a mental note to grab that Durand cheese on my way out – I’m sure I could make room for it at dinner… 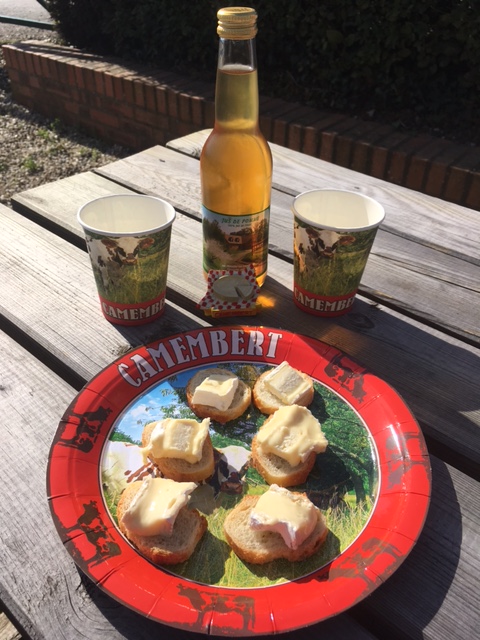 The Fromagerie Durand is open all year round from 10 until 6pm (Monday to Saturday) and a tour plus tasting costs €6 per person. For more information, click here.

For information on food and drink in Normandy, visit the Normandy Tourist Board website.

Cover photo: Shutterstock | Text and all other photos unless otherwise stated © Fran Lambert / Normandy Tourist Board