Autumn in Normandy means food festivals galore. As one of France’s biggest apple-growing regions, there are apple festivals across the region almost every weekend in September and October! Last September, I accompanied a journalist on a trip to research the traditions behind Normandy’s ubiquitous apple. Our travel plans happily coincided with the popular Fête de la Pomme, du Cidre et du Fromage [Apple, Cider and Cheese Festival] in the pretty town of Conches-en-Ouches, so we decided to stop by.

It was a beautiful sunny Sunday afternoon and as we arrived in Conches, we realised that the word was out – cars were parked on every spare bit of pavement. After circling the main town square several times, we found a parking place and then followed the crowd. After descending a winding flight of stairs to the bottom of the valley, we arrived at the festival. The event takes place in a huge park that was bathed in sunshine. Hundreds of people had gathered and there was a sense of festivity in the air and, of course, apples everywhere.

We grabbed a cup of delicious apple juice and wandered on, before coming across a stage where traditional dances were being performed in traditional Norman costume. Between the dances, a presenter was talking the spectators through the different outfits, much to everyone’s amusement.

We moved on to the market stalls to browse the fabulous fare from producers who had come to Conches from all across the region. I spotted a couple of people whom I had already met, including Patricia of Les Saveurs Retrouvées, who had by now sold the vast majority of her macaroons, and the Cidre de Glace stall was doing a roaring trade. I also recognised the familiar faces, or fabulous costumes rather, of the Confrèrie des Goustes, aka the apple pastry brotherhood.

As we left the park, queues were beginning to form next to the food stalls and the vast seating area, bathed in autumnal sunshine, was packed. There was a relaxed and friendly atmosphere, as families chattered over a cider and some cheese and foodies caught up on the latest culinary innovations from the region. All in all, it was the perfect food festival and we wished we didn’t have to leave so soon, but we knew that as we were in Normandy, another appley adventure was sure to be waiting for us just around the corner! 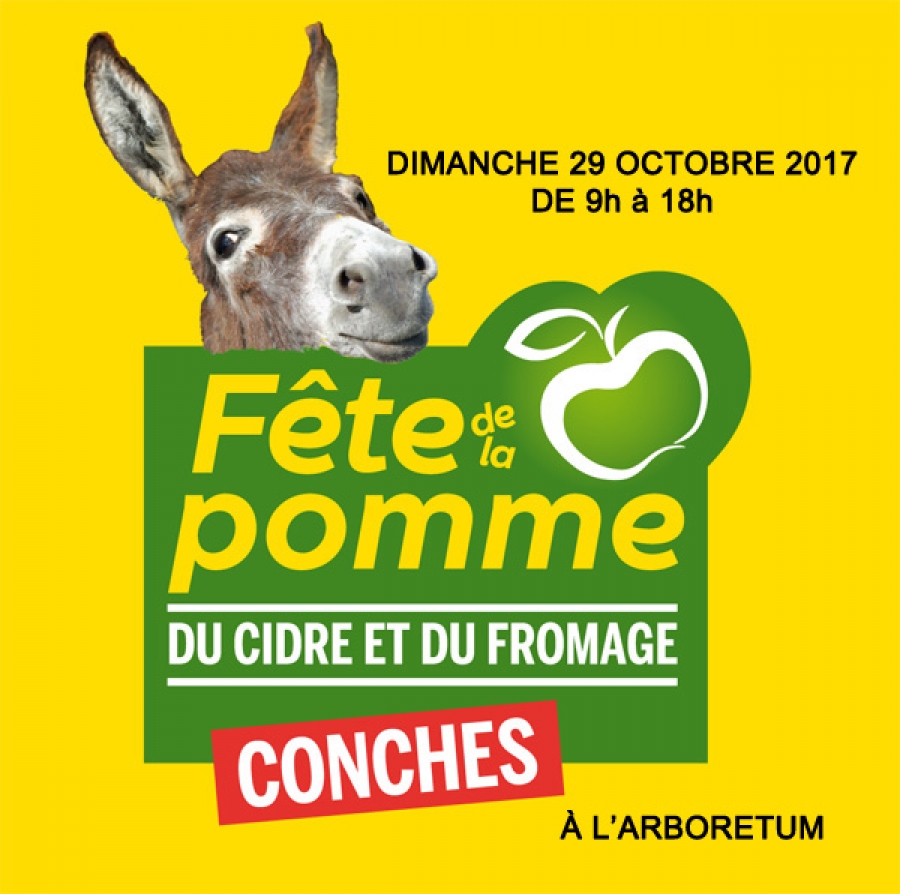 The Fête de la Pomme, du Cidre et du Fromage takes place on Sunday 29th October this year so be sure to stop off if you’re over in Normandy for half-term! For more information on food festivals in the region, visit the Normandy Tourist Board website.