Today is the day when I am literally going to talk a load of tripe. To commemorate World Tripe Day, this post focuses on a rather unexpected local delicacy from Normandy, or more precisely, from the bustling city of Caen: the famous tripes à la mode de Caen.

In the Middle Ages, William the Conqueror made Caen his own signature city, building two abbeys and a ducal castle. It is said that the local dish tripes à la mode de Caen dates back to the medieval period and the original recipe was the brainchild of a monk from the Men’s Abbey in Caen. Legend also has it that the Duke of Normandy and King of England really enjoyed a meal of local tripe, and would wash it down with apple juice.

As the daughter of good old Yorkshire stock, I was rather unfazed about the idea of eating tripe when I first came over to Normandy. My mum and dad used to occasionally eat raw tripe with buttered brown bread and vinegar when I was little, although having tried this once, I never came back for more. When making tripes à la mode de Caen, however, the tripe is traditionally simmered for a long time in a special earthenware dish until very tender, and then washed down with a glass of chilled Muscadet. Now, that sounds so much more appealing!

The next stumbling block though, is the time of day you’re supposed to eat tripe. I don’t know about you, but first thing in the morning, even a full English breakfast is hard work. I need to be wide awake and at least one cup of tea down. In my corner of Normandy, tripe is usually served as part of a leisurely breakfast before the local village fête; in other words, any time from 8:30am onwards. And never fear, even at this time of day the Muscadet is in full flow! My children’s primary schools also used to hold matinées tripes [tripe mornings] to raise funds for school trips. All the local pensioners would turn out in force at the village hall on a Sunday morning to tuck into tripe, support their grandchildren and catch up on the gossip.

If you’re feeling gutsy and you’re looking for a good spot to buy some award-winning tripes à la mode de Caen, look no further than the Boucherie Sabot in Caen. Or for those wanting to dine out in style, head to Caen’s restaurants Bœuf et Cow, Le Relais d’Alsace and Le Tablier, all of which serve this local delicacy. Also worth a visit is the gastronomic restaurant Le Dauphin, just opposite Caen Castle, which won this year’s special Tripière d’Or prize, awarded by the prestigious Confrèrie de Gastronomie Normande [Brotherhood of Norman Gastronomy] in Caen. Bon appétit ! 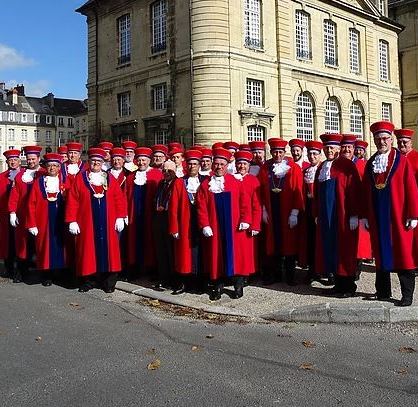 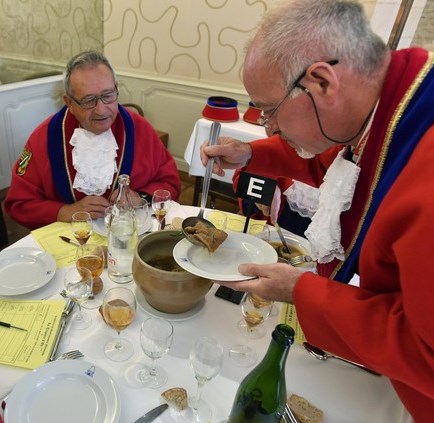 For further information on food and drink in the region, visit the Normandy Tourist Board website.